...features are used to gently feed parts to automatic assembly.

Quickly filled vertical tubes are manually loaded with a four hour supply of Bearings from or in cardboard tubes.

One part at a time is escaped from all ten tubes onto a horizontal conveyor.

The conveyor moves until a presentation sensor detects a part.

When the part is removed for assembly, the conveyor moves until another part is sensed.

When the conveyor is sensed to be empty, another batch of parts is released from the storage magazine tubes.

Another sensor calls for restocking when tubes are near empty. 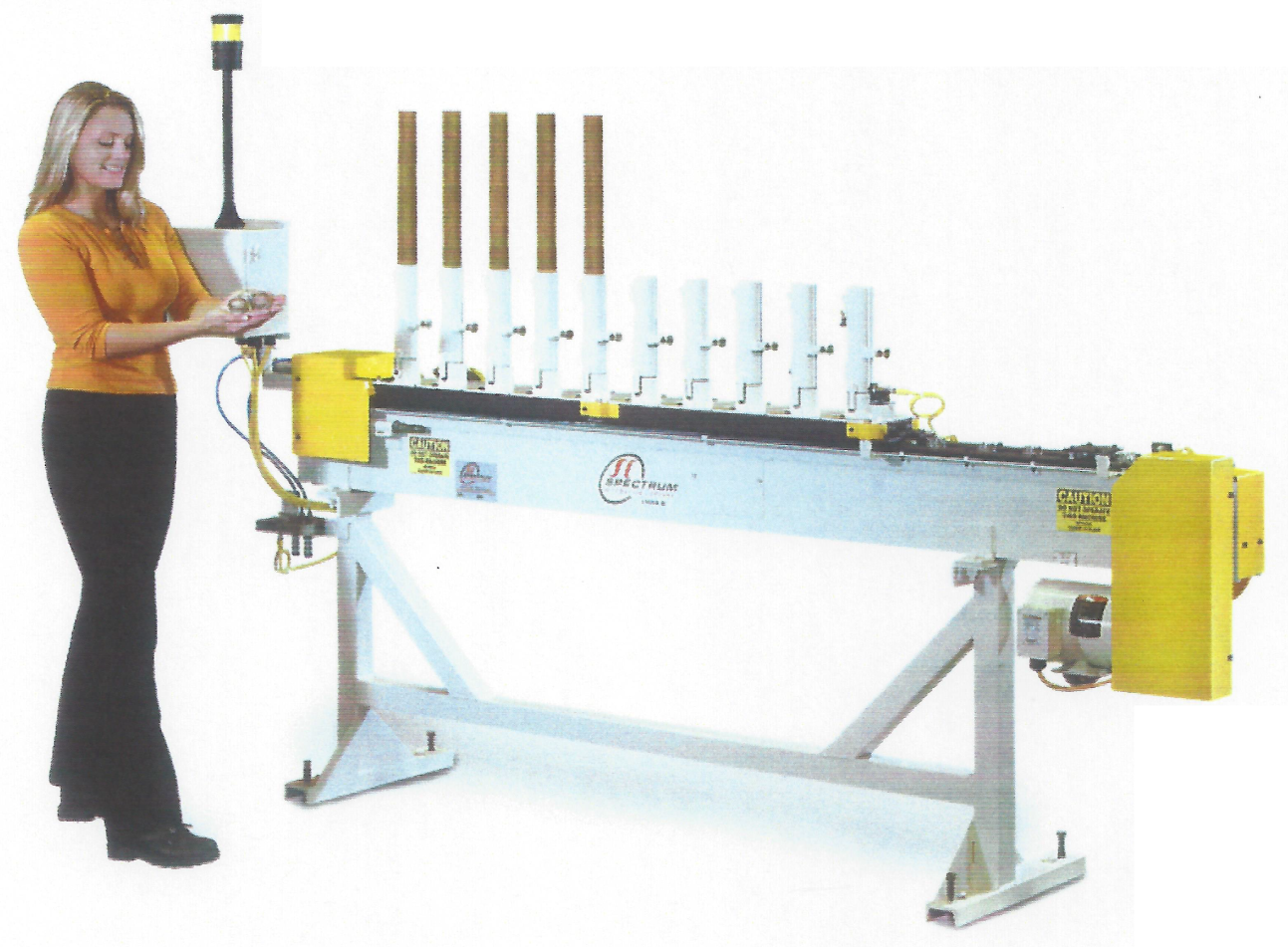